What can doctors do about the sorry state of migrants’ access to UK healthcare? 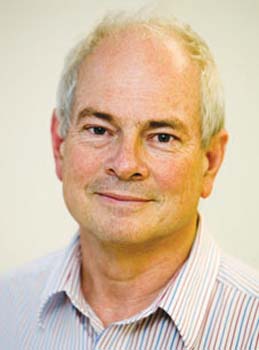 As an excellent new book makes clear, migrants are a force for good.1 This is just as well: all of us are descended from the migrants who left Africa 50 000 to 60 000 years ago. But there’s a downside. If migration is nearly as old as humanity itself, so is the hostility that outsiders face from their adoptive societies.

The United Kingdom distinguishes itself by being more opposed to immigration than similar countries with higher proportions of foreign born citizens. Underpinning this attitude is a host of assumptions that don’t fit the facts. A few examples. A recent report from the National Institute of Economic and Social Research contradicts the widespread belief that immigrants “cost jobs.”2 Migrants are actually less likely to claim working age benefits than British nationals. A Migration Observatory poll found that asylum seekers loom large when the British public thinks about migrants coming to live in Britain, yet applications for asylum made up just 3% of immigrant numbers in 2010. Despite its daily contact with the NHS, the British public seems oblivious to the fact that 37% of its doctors and 13% of its nurses are foreign born (figures from European Observatory on Health Systems and Policies). If they all went home tomorrow the NHS would collapse—as would the social care sector, the building sector, and the transport system without migrant labour. No one—least of all the mainstream press—seems interested in correcting the public’s misunderstandings.

Instead, bowing to the prevailing anti-migrant sentiment, Britain’s three main political parties pledged to reduce the numbers of migrants at the last election. Last week the immigration minister, Damian Green, described how the government hopes to shrink net migration from a record high of 252 000 in 2010 to “the tens of thousands” by being more selective. Meanwhile, the Department of Health has embarked on yet another review of charging non-residents for healthcare. (Non-residents include people who have overstayed their visas, who have been refused asylum, or who are completely “undocumented.”)

It’s not a conducive atmosphere in which to hold a generous hearted discussion about the healthcare needs of migrants. But to its credit that’s what the Health Protection Agency attempted recently at a conference at Cumberland Lodge, Windsor, with support from the London Hospital for Tropical Diseases. My conclusion, although I’m not sure that the Health Protection Agency would have articulated it quite like this, is that the agency wishes that it could tackle the public health needs of this most disadvantaged group without having to take the politics into account.

The UK has signed up to various high minded international conventions guaranteeing migrants access to healthcare, but these are silent about who should pay for it. There are several options. At one extreme is Portugal’s policy of inclusiveness: all migrants are guaranteed healthcare regardless of their immigration status. Switzerland, Spain, France, and the Netherlands have opted for something similar.

The UK currently mixes inclusiveness and exclusiveness. Theoretically, at least, nobody in the UK is excluded from treatment in primary care on the basis of his or her immigration status. However, secondary care must be paid for unless the patient is “ordinarily resident.” There are exceptions to this rule, most notably treatment for a wide range of infectious diseases, which includes sexually transmitted infections but, oddly, not HIV. The health service will pay for the diagnosis but not the treatment of HIV. The BMJ has learnt of cases of HIV positive patients left untreated until they’ve been admitted as emergencies to intensive treatment units. By then they qualify for admission on the grounds that hospital treatment has become “urgent and immediately necessary.”

A public health doctor—or anyone, really—will tell you that emergency care is the most expensive way of providing healthcare and that it’s preferable to treat illness as early as you can. Paradoxically, while the UK’s Department of International Development is proselytising for the early use of antiretrovirals around the world, the UK is avoiding best practice on its doorstep. Similarly odd is the refusal to provide free formula milk to HIV positive mothers who have been refused asylum, given that replacing breast milk with formula is known to reduce viral transmission from mother to child.

When not actually dangerous to individual patients, excluding various groups from optimal healthcare seems petty. It’s unlikely to deter potential migrants, as healthcare comes a long way down most migrants’ reasons for migrating. The observation that “enforced discomfort” characterises the UK’s current policy towards unwanted migrants seems about right.

What can doctors do about this sorry state? For hospital doctors, not a lot. Eligibility for secondary care is meant to be decided before doctors see a patient. If, for example, a hospital’s overseas payment officer refuses a non-resident woman antenatal care because she can’t pay the bill, the medical staff may never learn of this.

Primary care should be different. The law states that nobody is excluded from GP treatment on the basis of his or her immigration status. If GPs close their list to foreign nationals, while continuing to register British citizens, this is likely to be unlawful discrimination. And yet agencies that work with migrants say that this is happening. Last year “Project:London,” Médecins du Monde’s healthcare project in east London, reported that 545 of the 1288 people they saw had tried and failed to register with a local GP. Other agencies have used “mystery shoppers” to approach general practices that have recently declined to register a migrant. Someone with an English accent and surname is usually successful. Education of GPs, along with their practice managers and receptionists, is obviously the way forward, but a well publicised court case or two could usefully concentrate minds in the short term.

What might the government do? There’s the encouraging precedent of the Home Office handing the healthcare of prisoners over to the NHS. The NHS already provides healthcare to individuals, but the Home Office has a large say in decisions about migrant patients as a group. Since public health is hardly its forte, it would do better to hand this role over to those who are better qualified.