James Bellringer performs sex change operations. He explains to Clare Hughes why being non-judgmental and open minded is a large part of his job

James Bellringer has a rare career--you can count on one hand the number of the specialty's surgeons in Britain. But, despite being one of the best in the field, not even his parents know what he does.

James is one of the few gender reassignment surgeons working in Britain. Based at the Charing Cross Hospital in London, he operates to turn men with gender dysphoria into women. He also does some penile surgery and runs a sexual dysfunction clinic. As he puts it, “A genital surgeon--how exciting.” 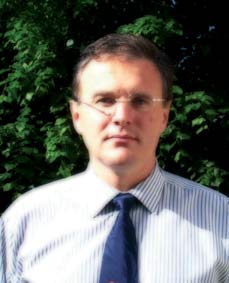 Performing sex changes has not been a life long ambition for James: “It found me, not the other way around. I had no intentions, I hadn't even thought about it. Originally I wanted to be an orthopaedic surgeon. I'd been doing it for a year and thought the operating was super fun--all those lovely pieces of kit--it's one big Meccano set.

“But preoperative diagnosis was becoming almost automated, and I missed the diagnostic and management problems that soft tissue surgery throws at you so I decided to go into my other love: urology. My plan was to become a 'normal' urologist working in a district general hospital. However, the gender surgeon working at Charing Cross was retiring in 2000 so they invited me to come and take over.

“One of the reasons I was approached was because I have a reputation for being fairly easy going, open minded, and non-judgmental.” He laughs as he adds, “I'm also a bit unusual because I turn up to work in cycle kit and that sort of thing.” He now works with a team in the gender identity clinic at Charing Cross, which is the biggest in the world.

Before having “the chop” patients need to be sure that gender reassignment is right for them. A local psychiatrist will make an initial assessment to distinguish between patients with dysmorphophobia and those with gender dysphoria.

A dysmorphophobic is someone who wants their penis (or other body part) cut off or altered because they do not like the look of it, rather than because they want to be female.

The patient will then be referred to see two psychiatrists or psychologists at the gender identity clinic, who must agree that the patient has genuine gender dysphoria. At that stage the patient will be counselled about taking hormones.

James continues, “They'd then have to complete a two year, real life experience--living, working, and dressing exclusively in the chosen role. So, if it was me, I'd have to dress in a frock everyday, in definitely female clothes, and go to work and announce that I was now called Jemima.

“I'd have to change my passport and would receive documentation from the clinic, saying I was a transsexual undergoing treatment, which is why I'd be using the women's toilets and so on.

“There is a high dropout rate during the real life experience: many patients make it through the first year but don't manage to hack it for the second. Surgery is irrevocable--once you've had it there's no going back.”

The operation involves removing the penis and both testes, and creating labia out of skin. Some of the older patients who don't wish to be sexually active don't want a vagina, but most patients do. James creates a cavity for the vagina and then lines it with skin, either taken from the penis, the scrotum or, on rare occasions, the gut: “About a third of patients regard themselves as heterosexual female and need a vagina adequate to indulge in penetrative intercourse. A large group are never sexually active but want a vagina because without one they wouldn't feel properly female.

“The third group regard themselves as homosexual female, and the vagina needs to have sufficient capacity to insert, say, a digit. Having said that, one of my patients complained the vagina wasn't big enough for insertion of a clenched fist.” He adds, chuckling, “I get told some fascinating stories.”

The NHS funds half of Britain's 300 annual gender reassignment operations, something that some people voice their disapproval about. But James challenges, “That's small minded; a failure to understand--if you don't understand something you're frightened of it.

James recommends that anyone interested in gender reassignment surgery pursues a career in either urology or plastic surgery. However, he warns that sex change posts are scarce--there are currently enough surgeons in Britain to meet the demand for operations.

James did not follow a formal training programme to gain the skills required. After completing his general urological training he was trained “on the job” by Mike Royle, the surgeon from whom he took over.

Although James has no regrets about where he has ended up, do any of his patients regret their surgery? “I've only had one in over 200. Most patients are very grateful. Most people say thank you, but some, perhaps inadvertently, want to say something more. One patient said to me, stumbling over her words, ‘thank you--you've transformed me to what I've always wanted to be and now I'm happy.’ Often what they say is not as relevant as how they are saying it.”

His best piece of career advice is for people to look at the professional barometer all the time and to try to work out what will happen in a few years' time: “Look at how many consultant posts are likely to be available when you'll get there--if there'll be a lot then career progression, although not guaranteed, is likely to be fairly secure.”