Back to all products Back to BMJ Hub

Ebola is a devastating disease - so doctors and other healthcare professionals must do all that they can to diagnose, treat and prevent it. But healthcare professionals on their own can only do so much. Patients and the public have a vital role to play also. But members of the public can only play an effective role if they have received evidence based knowledge that meets their needs. And in turn, this can only happen when health authorities have a good grasp of the needs of lay people.

Jalloh and colleagues have conducted a fascinating study to find out these needs in the context of an epidemic in Guinea. (1) They conducted surveys to discover the knowledge, attitudes, and practices related to Ebola Virus Disease in 2015. They made some interesting discoveries. First, they discovered some simple knowledge deficits: 27% of respondents wrongly believed that Ebola could be transmitted by air; and 49% believed that they could protect themselves by avoiding bites from mosquitoes. These are important findings and correcting these misconceptions could help to prevent infections and save lives.

However, there were other misconceptions and examples of poor practice that might prove to be more intractable. Many of these related to mourning and burial practices among affected communities. It is traditional among some communities for relatives to wash the dead person’s body and for mourners to touch the dead person during the funeral. A minority of people continued to do this during the Ebola outbreak and so helped to spread the disease. Health education campaigns must address these issues, but cultural practices might trump knowledge-based interventions. According to Peter Drucker, “culture eats strategy for breakfast” and, in countries that are at risk of Ebola, it may be that new ways of engaging people at a cultural level will be needed. It matters to people that they are able to touch and care for their dead relatives and this cultural “need” must be addressed. It may be that religious leaders might have more influence in this context than healthcare leaders. It may be that new cultural practices might be needed to replace old ones.

Lastly a minority of respondents stated that they would not welcome Ebola survivors back into their communities. This shows the complexity of the messages that need to be conveyed to the public. The public needs to understand that they must initially avoid direct physical contact with people who have Ebola. But that then they must re-engage with people when they have recovered. It is a difficult series of messages to get across – all in the midst of an epidemic that is continually evolving. Interestingly the researchers found that Ebola survivors might be able to play a role in the education of the public and it is this finding that could have most impact in preventing Ebola.

Pandemic infectious diseases can have severe adverse consequences at a global level. Yet it is at a local level that many issues related to these diseases must be addressed. Understanding and tackling these issues in their local context could be vitally important in tackling the next Ebola outbreak. 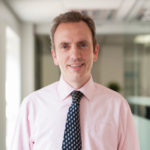