Now might be a good time for a text book clear-out.


If you have any old books on tropical infectious diseases, then now might be a good time for a clear-out. The reason is that much of what has been taken as received wisdom in the past is now out of date. And the cause of this is climate change. Some of my old textbooks had maps of where certain tropical diseases might strike – but these maps are now being rapidly redrawn. There are many examples – Wu and colleagues have outlined some of them in this paper. 1

Malaria is a classic case. It is becoming more common in areas where it was rare in the past – simply because of climate change. Temperature change also affects the behaviour of Salmonella, Campylobacter and Vibrio. It can affect viruses as well - such as Japanese Encephalitis Virus. Climate change can cause droughts – which in turn result in the concentration of bacteria in fresh waters. But floods cause problems too – they can overwhelm local sewage systems and so result in outbreaks of cholera. Rising global temperatures also mean that diseases that were once concentrated around the equator will now move both north in the Northern Hemisphere and south in the Southern Hemisphere. Certain vectors may also move to areas of higher altitude where lower temperatures might have put them off in the past.

These are examples of change that might be considered predictable. But there is a great deal of unpredictability also. For example, storms and strong winds can prevent mosquitos from biting but can equally extend the distances that they can fly. These are the direct effects of climate change on infectious diseases in humans – there is a range of indirect effects also. For instance, climate change can cause crop failure and so malnutrition, and thus render people more vulnerable to infectious diseases.

What if anything can we do about this? The obvious answer is to prevent further climate change – but this will take years to happen. In the meantime, we have to ensure that global and local knowledge is current and that we adapt to changing circumstances. For example, malaria control measures that we know work in malarious areas may need to be extended to higher latitudes and sometimes to higher altitudes. The future will also be about adapting our index of clinical suspicion so that we think about new and emerging infectious diseases as part of our differential diagnosis when we see a patient with an unusual illness.

One chapter that I can remember from old medical textbooks is the fever of the tropical traveller. It was full of mystery illnesses in patients just returned from exotic locations – and so always made for a good read. But if current trends continue, in the future it will be called fever in the non-tropical traveller. 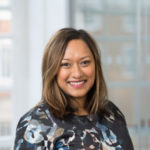 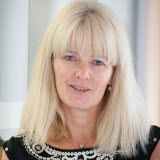