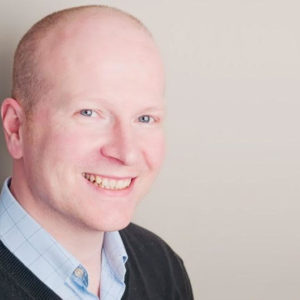 Steve was brought into the BMJ to form the BMJ-TAG. Since April 2011, the group has supported national decision making by completing research projects for NICE, NIHR and Health Improvement Scotland. Personally, Steve has been involved in conducting systematic reviews and health economic evaluations in a range of therapeutic areas including cardiovascular, CNS, gastroenterology, infection, oncology, and respiratory medicine. His interests are in the use of the best available evidence for decision making with an emphasis on the design and conduct of clinical trials, systematic reviews, meta-analyses, network meta-analyses and their subsequent use in economic evaluations. His postgraduate research in this area at the University of Oxford resulted in him being awarded the first doctorate of evidence-based health care. In addition, Steve is an Honorary Senior Lecturer in the Faculty of Public Health and Policy, London School of Hygiene & Tropical Medicine, a member of NICE Technology Appraisal Committee A, and a member of the Cochrane Statistical Methods Group, and the Campbell & Cochrane Economics Methods Group. From 2013 to 2018, Steve was a member of the NICE Diagnostics Advisory Committee.

Charlotta has been involved in Health Technology Assessment of therapeutics, diagnostics and medical devices since 2013 when she joined the BMJ-TAG. Prior to this, Charlotta conducted systematic reviews as a member of the Cochrane Airways Group. She has worked in a variety of conditions including respiratory medicine, cardiovascular, oncology, mental health and urology. Charlotta has a PhD in physiology from her primary research on the role of airway smooth muscle in asthma. She has an active interest in translating complex research concepts into a format suitable for the general public.

Vicky has a clinical background with experience in the fields of general surgery, general medicine, general practice, paediatrics and orthopaedic surgery. Vicky is also an experienced systematic reviewer and has contributed to the publication of systematic reviews and guidelines in a variety of clinical areas. In addition she has experience in the process and use of clinical audit to review current clinical practice within both primary and secondary care settings. Vicky has been directly involved in Health Technology Assessment since 2010 and has experience in diagnostic technology assessments as well as medical therapeutics. Her specialist interests are in public health  and translational medicine.

Nicole is an experienced systematic reviewer who joined BMJ-TAG after four years at the National Guideline Centre working on the development of NICE guidelines across a wide range of disease areas, including cardiovascular disease, neurodegenerative disease, gastrointestinal conditions and trauma. During her time at the National Guideline Centre, Nicole developed skills in performing different types of systematic reviews, including intervention, diagnostic, prognostic and qualitative, and gained a strong understanding of key systematic reviewing methods and research methodology.

Tracey is a health economist who specialises in economic modelling and public health. She has conducted several high profile economic evaluations of health interventions, policies and strategies for organisations such as NICE, the NHS and the European Commission. Technical expertise includes developing cost-benefit analyses using decision and Markov modelling techniques and topic expertise includes preventative interventions for cardiovascular disease and interventions to improve social, emotional and mental well-being.

Mariana has a BSc in Economics and a MSc in Health Economics. Prior to joining the BMJ Technology Assessment Group, Mariana has been involved in conceptualising and developing Public Health economic models for organisations such as NICE and the European Commission; and providing health economics advisory services to various organisations, including not-for-profit companies. Mariana has been involved in Health Technology Assessment since 2013 and her main interests are in health economics modelling and the implementation of HTA programmes in different countries. Mariana has recently participated in a project in Brazil, helping to develop the country's HTA programme.

During her time at the BMJ, Gemma has acquired over 4 years’ experience supporting health technology submissions for NICE. Gemma is also experienced in designing, running and critiquing complex literature searches to support the conduct of systematic reviews on a wide variety of clinical conditions. More recently, Gemma has led the appraisal of health economic components of allocated health technology submissions for the SMC. Gemma has previously worked with NICE producing national clinical guidelines.

Prior to joining the BMJ Technology Assessment Group, Conor gained experience of Health Technology Assessment through his previous role as a statistician for the National Centre for Pharmacoeconomics; Ireland’s HTA agency for pharmaceutical products. Conor has a BA in Theoretical Physics from Trinity College Dublin and an MSc in Epidemiology from Imperial College London. He has experience in disease modelling, as well as in the evaluation of the statistical analyses and modelling methodologies underpinning the clinical and economic components of HTA submissions.