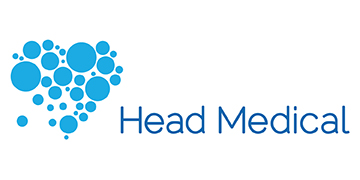 Head Medical are currently seeking a Family Physician (GP) to join a growing clinic in the heart of Saskatoon! This clinic is a family practice which has served Saskatoon for the past 30 years, more recently they have moved to a new building in order to assist more patients.

Currently, there are 3 Family Physicians within the clinic.

Required
It is essential for licensing purposes that you hold CCFP, MRCGP, FRACGP, MICGP or American Board certification within family medicine. Please note that Imap and MRCGP [INT] are not accepted as comparable.

You will also be required to complete MCCQE Part 1 prior to being granted your license in Canada.

The clinic has a wide variety of patients from new-born to geriatric.

They currently have large waiting lists for new Physicians joining the clinic meaning that the patient list of each physician will fill very quickly.

Each Physician will see 30-35 patients per day.

On-call – Each physician works on a rotational basis, this is only done by phone and the volumes are very low.

Saskatoon is the largest city in the Canadian province of Saskatchewan. It straddles a bend in the South Saskatchewan River in the central region of the province. It is located along the Trans-Canada Yellowhead Highway and has served as the cultural and economic hub of central Saskatchewan since its founding in 1882 as a Temperance colony.[8]

Saskatoon is home to the University of Saskatchewan, the Meewasin Valley Authority which protects the South Saskatchewan River and provides for the city's popular riverbank park spaces, and Wanuskewin Heritage Park, a National Historic Site of Canada and UNESCO World Heritage applicant representing 6,000 years of First Nations history. The Rural Municipality of Corman Park No. 344, the most populous rural municipality in Saskatchewan, surrounds the city and contains many of the developments associated with it, including Wanuskewin. Saskatoon is named after the saskatoon berry which is native to the region, and is itself derived from the Cree misâskwatômina. The city has a significant Indigenous population and several urban Reserves. The city has nine river crossings and is nicknamed "Paris of the Prairies" and "Bridge City".