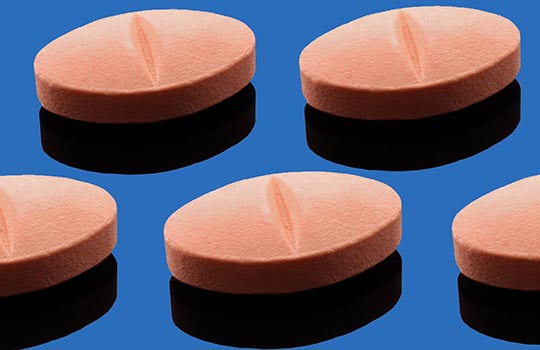 Do the benefits of routine use of statins to individuals at low risk of cardiovascular disease outweigh the harms? This debate has proceeded for 4 years despite a lack of transparency of the underlying evidence base. Independent review of underlying participant level data from all clinical trials should be a necessary first step to answering this important question. The BMJ remains committed to clarifying who has access to the participant level data and how these data might be made available for independent analysis.

The BMJ’s call for independent scrutiny of statins trial data emerged following a debate over two statins articles (Abramson et al. and Malhotra) the journal published in 2013. The articles were critical of proposals to extend the routine use of statins to individuals at low risk of cardiovascular disease (i.e. primary prevention), and argued that the benefits were less than has been claimed and risks greater.

The articles were most forcefully criticized by Professor Rory Collins, professor of medicine and epidemiology in Oxford and head of the CTT Collaboration, whose data had been reanalyzed by Abramson and colleagues. Collins alerted The BMJ to an error regarding a statistic that appeared in both papers on the frequency of adverse events and called for both articles to be retracted.

In May 2014, formal corrections were issued and editor in chief Fiona Godlee convened an independent panel to judge whether or not the articles should be retracted.

After a two-month review, the panel advised The BMJ that its handling of the two articles was appropriate and that its processes were timely and reasonable. (Read the full report of the independent statins review panel, and The BMJ's response to their recommendations.)

The panel called for anonymised individual patient data from the clinical trials of statins to be made available for independent scrutiny. Of particular interest was the extent of benefit from statins to people at low risk of heart disease, and whether the harms of statins have been characterised adequately in the trials.

In October 2014, Collins complained to the Committee on Publication Ethics (COPE). The BMJ has published documents relating to this complaint. The documents outline COPE’s deliberations on the concerns raised and The BMJ’s response, and come to a clear conclusion that The BMJ “acted appropriately” in its handling of the articles which questioned the use of statins in people at low risk of heart disease.

The controversy flared again in September 2016 following a review published by Collins and colleagues in The Lancet which concluded that trials demonstrate that the benefits of statin therapy in primary prevention of cardiovascular disease outweigh the harms.

Harlan Krumholz, Professor of Medicine at Yale University and member of the independent statins review panel, agrees on the strong case for the overall benefits of statins, but he wants more acknowledgment of the trials’ limitations and argues that “sharing the data is more likely to settle the debate than another review.”

Fiona Godlee concurs, arguing that independent scrutiny of the statins trial data remains an essential next step if the increasingly bitter and unproductive dispute is to be resolved.

There is little debate about the benefits of statins in those at high risk of cardiovascular disease. The debate is instead about the rates of less serious side effects (especially myalgia and low grade myopathy) in individuals with lower risk of cardiovascular disease receiving statin therapy for primary prevention. The Cholesterol Treatment Trialists’ (CTT) Collaboration estimates the frequency of myopathy at 5 cases per 10,000 statin users over 5 years. Others disagree, like Richard Lehman, retired GP and Senior Advisory Fellow in primary care at Cochrane UK, who says that adverse effects are much more common than the trials suggest. “Rather than discount a widely observed phenomenon, we should ask why there is such a mismatch with reporting in the trials,” he writes.

In August 2014, The BMJ committed to clarifying who has access to the patient level data and how these data might be made available for independent analysis.

We began by writing to Rory Collins (of the CTT Collaboration), asking him to clarify which data from the statin trials CTT has access to. The reply from Collins and colleagues confirms that the CTT Collaboration's access has been limited to patient level data on cause specific mortality, major vascular events, and site specific cancers. The collaboration had not analysed data on other adverse events as these were not part of the original CTT Collaboration agreement. Collins and colleagues explained, however, that the trialists agreed in 2013 to pool and analyse data on all adverse events. More details can be found in this editorial.

Godlee also wrote to the Cochrane review group on statins, asking whether it would be seeking access to the patient level data for its next update. The response from Mark Huffman and colleagues does not confirm this.

The BMJ also wrote to the principal investigators of the trials included in the CTT analysis, asking them whether they have the patient level data and under what circumstances they would be willing to share them. The BMJ's letter and the replies as we have received them are posted below, as is a record of the status and nature of responses for each trial.

By June 2016, eight researchers had responded. All said they were potentially willing to share their data with other researchers. Members of the journal’s expert advisory group (detailed below) contacted some authors of 183 statins trials, with the aim of characterising adverse outcomes from both published and unpublished information.

This is a substantial undertaking, in which The BMJ is grateful for guidance from its advisers. In the interests of transparency, the minutes of our discussions, and competing interests forms for each panel member, are publicly available.

We welcome comments and ideas from readers via rapid responses.

The BMJ is also tracking the efforts of Tom Jefferson who has focused on obtaining clinical study reports from regulatory bodies that have approved statins in primary prevention as a first step necessary to evaluate the question of what trials can--and cannot--say about the debated harms.

Many of his requests are still pending as of Feb 2019 (see table).

Table: Jefferson’s requests (with outcome) for clinical study reports from regulators (as of Feb 2019)

In April 2019, as a preliminary step to gather the evidence base for the possible harms of statins in primary prevention of CVD, Jefferson along with Maryanne Demasi and Peter Doshi wrote to more than 30 national regulators across Europe to understand which countries evaluated and currently hold clinical trial data for the seven approved statins.

† These trials have been included in CTT meta-analysis (either first cycle or second cycle). Outcome data shared with the CTT on individual patients are limited to cause specific mortality, major vascular events, and site specific cancers.

Minutes of the meetings held by the advisory panel.

Following an editorial “Statins and The BMJ” by Fiona Godlee in August 2014 , we said we would contact the principal investigators of all the relevant trials and publish their responses. The BMJ has identified 34 trials and we want to see how easy it is to collect data on the harms.