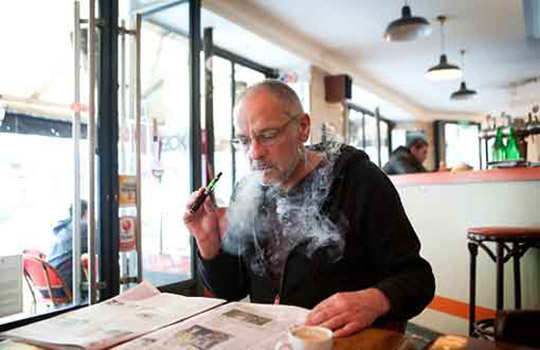 How should we view e-cigarettes? As a safe and effective way to quit tobacco? Or as a grave risk to public health because of their potential to renormalise and glamourise smoking, especially among young people?

To help you decide, read a selection of the dozens of articles published in The BMJ on e-cigarettes. These date back to January 2010, when Andreas Flouris and Dimitris Oikonomou asked if they were a miracle or a menace?

In September 2011 editorialists Ron Borland and Nigel Gray concluded that allowing e-cigarettes to be sold was the the approach with the greatest potential public health benefit, creating incentives to conduct research and to consider more appropriate regulation

In a head to head debate published four months earlier, Simon Chapman, professor of public health at the University of Sydney, supported regulation, seeing e-cigarettes as another way for big tobacco to try to make nicotine addiction socially acceptable again.

But Jean-François Etter, a professor at the Institute of Social and Preventive Medicine at the University of Geneva, said restrictions would result in more harm to smokers.

Martin McKee, professor of European public health at the London School of Hygiene and Tropical Medicine, warned that any debate over regulation may favour the interests of the industry.