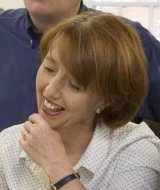 Annabel Ferriman is a professional journalist who has specialised in covering health and medicine for more than 30 years. She graduated from Oxford University with a degree in modern history in 1969.

Her first jobs in journalism were at the Hampstead and Highgate Express and The Times Higher Education Supplement. She joined The Times in 1977 and became its health services correspondent in 1980.

In 1982 she joined The Observer newspaper where she worked as its health correspondent for 10 years. After working as a freelance journalist during the 90s, writing for The Guardian, Independent and Daily Telegraph, she joined The BMJ in 1998 as news editor. In 2013, she introduced the BMJ Confidential column to the journal and has commissioned the column ever since.

In 2016, she retired as news editor of The BMJ but remains an associate editor handling matters relating to BMJ Confidential. She is married to Dr Fred Kavalier and has two daughters and two grandsons.